Vacation Update - the Highlight of My Trip

If you didn't know already, I'm a big fan of Phineas and Ferb. So, I knew they were at Hollywood Studios and I was going to find them. However, we were busy most of the day, and they were on the far end of the park. 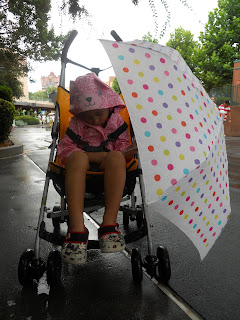 After our morning with the Disney Junior folk, we had some lunch and found a lunch spot that kept us covered during a massive downfall of rain. After, we met up with the rest of the family, and Little Miss fell asleep. So, we left her with them while she slept and went on some rides for those taller than 42" (and, yes, that does include me). We rode The Great Movie Ride and then saw Little Miss was still sleeping. Brother-in-Law had a couple of extra FastPasses to Star Tours so we quickly jumped on that ride. Husband loved it, and it is a great ride though it's over far too quickly. Then, we went back to Little Miss who finally woke. 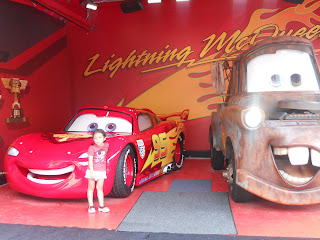 After, we tried to all go on the Backlot Studio ride, but it was broken. So, we all separated. Husband had a beer with Brother-in-Law and his father while Little Miss and I took a walk. We got to meet Lightning McQueen and Mater and saw the Muppet Stage show. In between those two things though, Little Miss very nicely humored me and stood in line for almost an hour to see Phineas and his stepbrother, Ferb. She was so good, and it was a lot of fun. 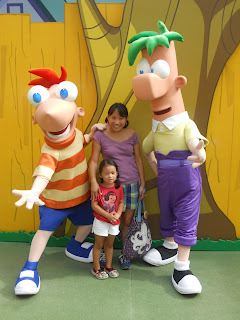 After, we met up with Husband and Little Miss wanted to see the Disney Junior show again. If we hustled, we could have made the last show of the day. However, on the way, we passed Buzz Lightyear's ride which she wanted to do instead. We explained that the line was 90 minutes, but she was adamant. We hadn't waited in line for any ride, but 90 minutes is a long time with or without a 3-year-old. So, we told her we would wait in line and then we were heading home. She was excellent. We waited in line and all really enjoyed the ride. It's fun, fast and action-packed.  Below is a picture of her about halfway through the 90-minute line. 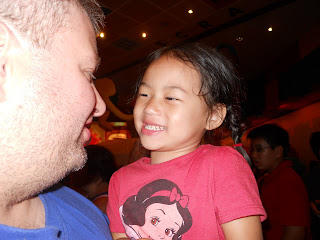 We left at the right time, too. We got quite a violent storm that night. Good day, and we still got home for dinner and an early bedtime.
Posted by princessapr at 10:31 PM