Captain has 8 teeth.  He got them all at once when he originally cut them.  It was rough on him.  Because he got so many at once, it's been awhile since he cut anymore.  I've noticed he's been fussier than usual and, this morning, he was chewing on his fingers.  So, I stuck my hands in there.  He is growing 2 on the bottom right and one giant one on the bottom left.  Plus, he's growing 3-4 on the top.  It was hard to tell because, by then, he wasn't happy with my fingers in his mouth and was biting down pretty hard.  Poor little guy!

Posted by princessapr at 9:44 AM No comments: Links to this post

Start your own Shutterfly Photo Book today.
Posted by princessapr at 12:24 PM No comments: Links to this post

Just some trashy books and The Hundred Foot Journey. They were all entertaining. Good summer reading, I suppose.
Posted by princessapr at 1:58 PM No comments: Links to this post

So, the pope came to Washington DC today. Most of the city stayed home. Metro was a mess, but it always is. This was actually unrelated to the pope but to a blown transformer. Traffic and Metro traffic were lighter than usual allegedly. Regardless, because my office window overlooks one of the pope's scheduled stops, I wanted to try to make it in. I'm glad I did! You can see more photos on my Instagram.

Posted by princessapr at 3:49 PM No comments: Links to this post

Email ThisBlogThis!Share to TwitterShare to FacebookShare to Pinterest
Labels: life in general, work

You'd think I would be able to keep up if I do this monthly.  You'd think wrong.

The first weekend in August, we got up way too early to do family portraits.  I took the first picture.  We paid to have the second taken below.  I think I'm underpaid.  We went to brunch afterwards.  Little Miss wasn't feeling well, but she stuck it out. 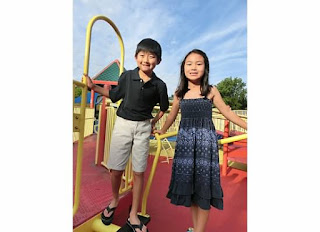 The next weekend, we went to Maine.  It was a mixed bag.  Poor Husband had to work and couldn't go.  Captain spent the first hour in the car screaming before he fell asleep.  It was a rough car trip up.  We finally made it no worse for the wear.  It turns out Captain hates the beach - he hated the sand and water.  Both kids had a stomach bug at different times.  Poor Little Miss was sick about half the trip and spent it on the chair with a bowl on her lap.  She started to feel better on the way home. 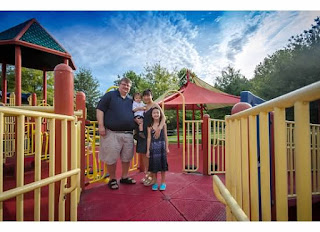 We did celebrate my grandfather's 90's birthday while we were in Maine though.  That was a lot of fun.  It was clearly before the stomach bug hit. 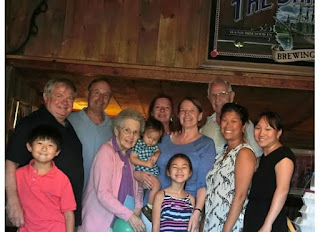 The following weekend was fairly quiet.  We went to the In-laws' pool and hung out with the nephews.  The next day, we got Captain's haircut.  It was traumatic for all involved.  It's growing out nicely though. 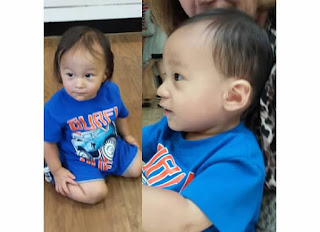 The last weekend was a busy one.  We went to a friend's pool which Little Miss says is the best thing ever.  She wants to go back.  After, we head home and had the in-laws for dinner for their anniversary.  It was a nice evening especially because I made the food the night before so it was relatively low key. 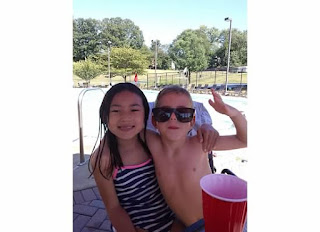 The last Sunday, I took the kids into DC.  We went through the Newseum and walked around - mostly grabbed snacks.  I always forget, but Little Miss had a bloody nose in the cafeteria, but she is such a champ with things like that.  She just sat while we waited for our order. 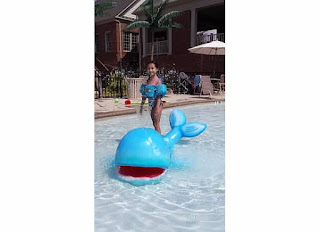 She enjoyed the Newseum.  We skimmed a bit of it because of content, but I explained a bit to her.  It's interesting what parts really grabbed her.  She was flabbergasted at the idea of East/West Germany and any kind of censorship of news and information.  She found a good amount boring, but it ended on a high note because she got to be a "broadcaster" in front of the green screen at the end.  We spent about 5 hours there so I consider it a successful day.  Plus, you can't beat the rooftop view.  It was nice to have the balconies so the kids could have some outside time.  Captain finally napped halfway through, but he also appreciated the time spent walking outside. 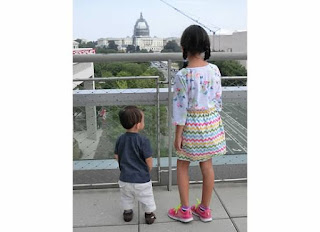 It really was a great summer (and not over - wait until you see September).  I did a lot I've never done before like the Shakespeare Library, Library of Congress, Newseum, National Building Museum.  There are only a few other things on my tourist bucket list.  To be so close, it's a shame not to take advantage of everything - even the few attractions for which you have to pay.  *g*
Posted by princessapr at 1:24 PM No comments: Links to this post

New Food of the Week

I am making a conscious effort to encourage Little Miss to eat more than the few meat dishes and plain pasta. So, a few years ago, we did New Food of the Week. This went well for a little while, but I didn't keep up with it. So, I told her we're going to do it this time. So, she helped me pick out a dish. She specifically asked for a green vegetable. After deciding against peas, she chose asparagus. So, I made brown butter pasta with asparagus and bacon.

Directions:
Cook bacon and chop up, if using. Bring a pot of water with plenty of salt to a boil. Cook pasta according to instructions on the package. Drain pasta and add back to pot. While the water is boiling, add butter to a nonstick skillet and cook on medium heat until browned, about 5 to 6 minutes. Once the butter is browned, working quickly, turn heat off and add garlic. Cook for 30 seconds. Remove butter and garlic and place in a clean bowl. Set aside. Add 1 tablespoon browned butter back to the skillet and turn heat to medium. Add asparagus and cook for 2 minutes. Add heavy cream to pan along with remaining brown butter. Cook for 2 more minutes. Season with salt and pepper. Pour asparagus and butter mixture over pasta in large pot. Mix pasta together. Serve with green onions and bacon (optional).

She declared the asparagus a win, but the overall dish wasn't.  She doesn't care for butter so that's probably why.  I'm glad she liked the asparagus.  So, we'll see what's on the menu for next week.
Posted by princessapr at 5:02 PM No comments: Links to this post