Weekend Update - It's the Most Wonderful Time of the Year

Last Friday, it's a pretty good bet that I went to bed early. I don't remember. Friday is usually the day I try to do as little as possible. On Saturday, Little Miss and I sort of met friends at the Botanical Gardens. We met up with friends, but Little Miss was collecting stamps so couldn't stop and chat and then they had to go. Afterwards, we met with Sister-in-Law and Nephew though. In the meantime, Little Miss and I took lots of pictures and enjoyed the unseasonably warm weather. The four of us went to lunch and then Little Miss and I went home. I napped, and she may or may not have. That night, Little Miss went to bed while I stayed up and watched Saturday Night Live while it actually aired on television. Weird! 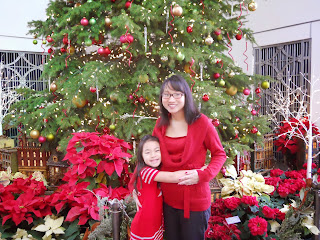 On Sunday, I woke up with Little Miss for our morning routine of playing board games.  I lost as is tradition - and not because I fix the games so she wins.  Then, I had a Christmas lunch with my friends.  Yummy food, good friends followed by gifts and pedicures is the way to celebrate a holiday.  I'll post the recipe in a separate post in case you want to give it a go.  We've been on a good new food kick lately.  I've decided that Husband and I need to try a new food a week instead of Little Miss (or in addition to anyway).  We've fallen off the new food wagon.  When I got home Sunday, I tidied a little when I realized how little time I had to do so this week before we hosted Christmas Eve and played more board games with Little Miss.  She received Monopoly Junior for Christmas so far, and I've lost a couple of rounds of that game.  The rules are much easier with the junior version, but the kid will be a great Monopoly player.  She hates spending money and is very particular on what she purchases.  She's an evil landlord, too. 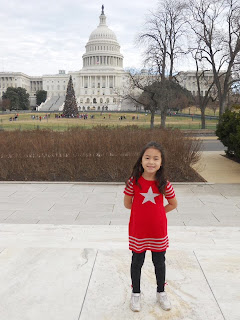